Roger is 55 years old and comes from a family of seven siblings. Three of his brothers have Barrett’s disease.

Barrett’s disease is the pre-cancerous stage of oesophageal cancer and requires regular monitoring of the condition.

Roger doesn’t have any symptoms of Barrett’s disease. But his G.P. still refers him for surveillance to the gastroenterologist, due to his family history.

The gastroscopy finds nodules in the oesophagus, which triggered a biopsy of the nodules and a C.T. scan.

The result showed the cells were cancerous, but the C.T scan indicated that these cells hadn’t spread to the oesophagus.

Roger was referred to Leeds for treatment. This required the removal of his oesophagus.

Roger has been under monitoring for five years since his operation and the cancer hasn’t returned.

He caught it early, so his treatment was successful. He only managed to do that because of his awareness of the disease and his G.P.’s vigilance. 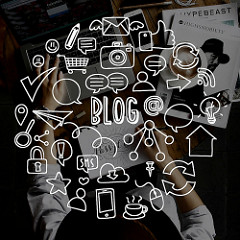 Gene: “Adam, let’s get a few people around for your 40th this weekend. I’ll make sure to cook healthily, so you don’t […]