Gene: “Adam, let’s get a few people around for your 40th this weekend. I’ll make sure to cook healthily, so you don’t have to compromise your fitness goals.

Anyway, it’s only Wednesday and you’ve already clocked 28 miles on your bike. You’ll do the remaining 12 miles by Saturday, no problem. What do you say?”

Adam: “Yeah, you’re right. Let’s do a small dinner this Saturday. Although, the food I’m eating is still occasionally sticking in my chest. A couple of days ago, it seemed like I’d have to be sick to get the food out, as even water wasn’t helping dislodge it.”

Gene: “OK so maybe, I’ll do some light salads for Saturday. We can have fruits for after. That should help.”

Adam: “True, this new thing is a pain, especially as my heartburn seems to have disappeared over 10 years ago now. Can’t believe it was a constant partner for a full decade, until it went for good.”

Gene: “Yes, Rennie’s should have given you a commission for the amount you consumed daily for 10 years!”

At the dinner party, Adam started coughing after he had a bite of an apple, after his main salad. He complained to Gene and the guests that it must have been a greedy bite of the apple, as the apple wouldn’t go down and was stuck in the chest. Even water wasn’t helping.

Nothing more was said, and another 6 weeks went by with food sticking in the chest more frequently, until Gene convinced Adam to go to the G.P.

Adam’s G.P. put him on the two-week FastTrack pathway for a gastroscopy, followed by a C.T. scan.

Adam received his results, convinced that he would probably need to take daily pills to help with the constant irritation of the food sticking in his chest.

The results showed he did need treatment, but not as pills, but as chemotherapy for oesophageal cancer, which had already spread to his liver and lungs.

If he had only gone to his G.P. 20 years ago, when he first started suffering from heartburn, he may have had an early diagnosis. But having ignored the problem, for 20 years, there was nothing that could be done.

Six weeks after the diagnosis, Adam was no more.

A super fit, slim, 40-year-old physics professor, who had no other complaints, left his wife of 20 years for good, in less than 2 months, because of what he thought was heartburn. 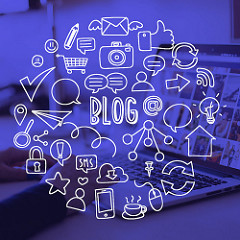